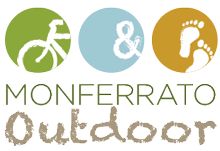 a piedi e in bicicletta 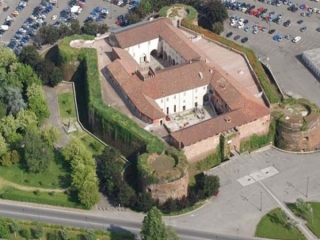 The Paleologi Castle was built about the middle of the XIV century following the Monferrato’s marquise Giovanni II Paleologo’s will. During the following century, Casale became the capital city of Monferrato and the Castle, the court seat, was restored by Guglielmo VIII Paleologo and Bonifacio V. In 1559, after the Cateau-Cambrèsis Peace that marked the end of Italy’s wars and the conflict between the Hapsburgs and France, the castle became property of Mantua’s Gonzaga, who turned it into a military fortress. The noble family strengthened the walls, reinforcing the sides and the towers and adding protective devices. During that period, the structure has been reviewed and it got the hexagonal shape that it has still today. In the 17th century, the Gonzaga used the fortress as their dwelling, because of the diplomatic relations with the Savoia family. In the XIX century, with the falling of the Gonzaga, a decline period started. A protective device was demolished to create a public area to host the market, the present Castle Square. With the Italy Reunification, in 1861, the remaining protective devices were demolished too, because they were considered little important.
[Mostra slideshow]